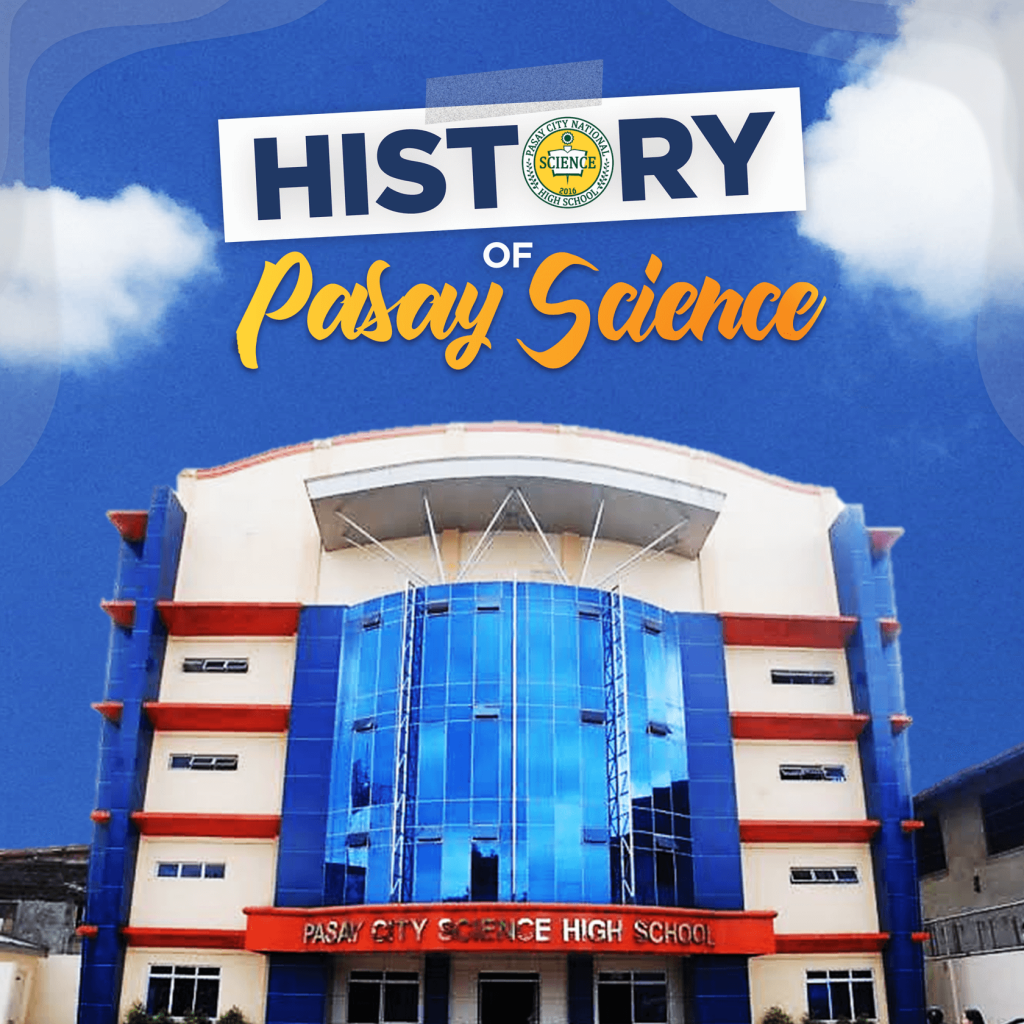 With the issuance of DECS Order No. 69 series of 1993, the Department of Education, Culture, and Sports started the creation of various science high schools that aims to provide a more intensive and advanced secondary education program with special reference to science, mathematics and the communication arts.

On May 2002, a memorandum was issued by then Schools Division Superintendent Dr. Rosalinda V. Tongco to Mayor Wenceslao “Peewee” B. Trinidad provided that a science high school be established. Taking action, the City Council of Pasay, led by former Vice Mayor Antonino G. Calixto formally passed a resolution creating its own science high school.

On June 17, 2002, Pasay City Science High School (PCSciHS) was launched at Gabaldon Building of Padre Burgos Elementary School with 97 students and nine teaching staff and was called as Pasay City West High School Annex under the administration of its first principal Mrs. Irene S. Tonel (2002-2012), former Education Supervisor I and Chief Education Program Supervisor for School Governance and Operations Division (SGOD). The school stayed in the location until June 30, 2005 with three more school years: 2002-2003, 2003-2004, and 2004-2005.

In February 2004, the city government of Pasay granted its permanent site with an area of 2,080 sq. m. at 2888 P. Vergel Street, Pasay City. By July 1, 2005, the school then moved to its present location after the building was completed. However, for improvement and expansion purposes, the old building was demolished and a new building was constructed. While the construction was ongoing, the administration temporarily occupied the newly built building of Andres Bonifacio Elementary School at Leveriza Street, Pasay City from school years 2006-

Then, on September 15, 2005, PCSciHS was recognized by the DepEd-NCR Regional Office together with the local government of Pasay as an independent school from being an annex of Pasay City West High School.

Mrs. Gloria G. Lugtu (2012-2015), second principal, in 2012 spearheaded Pasay Science until her retirement on April 2015. From May 2015, Pasay Science was further sharpened under the principalship of Dr. Efren E. Canzana (2015-2019), Public Schools District Supervisor (PSDS) and third principal, which saw the formal establishment of Pasay City National Science High School (PCNSciHS) on September 29, 2017 by the virtue of Republic Act 10829 or An Act Establishing a National Science High School in the City of Pasay which was signed by former president Benigno Simeon Aquino, III on 2016. The turn-over was attended by then Congresswoman Imelda “Emi” Calixto-Rubiano, DepEd-Pasay officials, Mrs. Irene Tonel, former school principal for ten years. By 2017, a four-story building was built to upgrade its facilities to accommodate Senior High School students under the Science, Technology, Engineering, and Mathematics (STEM) strand.

The school was then under the supervision of Mr. Raymond S. San Juan, PSDS and fourth principal, which lasted for less than a year – from July 2019 until October 2019 which welcomed its fifth principal, Mrs. Lovelynn Janne S. Bacera, PSDS.

At present, PCNSciHS is now occupying its present site along Vergel St. with an enrolment 755 students, 54 teaching staff, and 5 non-teaching staff. It has 22 classrooms, 9 non-instructional rooms and a gymnasium.