Strive for Quality and Aim for Excellence! 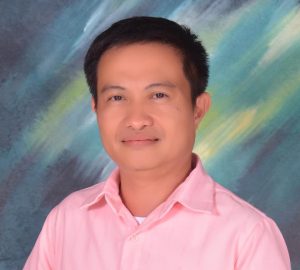 Levelling up is an inevitable process that would ensure quality service of every institution.  It is an advantage for everyone especially those in the government sector, the school in particular, to have an efficient mode of communication through the advancement of technology.

The setting up of the school website provides a matchless access of the people to the school and the school to the people.  With this project, The Pasay City Science High School is now capable of receiving and transmitting messages as well as informing its stakeholders on the aspects related to its function.  Thanks to this great opportunity of having an avenue to reach out the public, a direction for enlightenment and a straight path to success. All these can be achieved with so much fineness and less of hindrances.
Let us use and avail the benefits of high-technology.

“At last, our hard work and focus just to pass this law has paid off,” said Congresswoman Imelda Calixo-Rubiano in the formal establishment of Pasay City National Science High School held September 29 at the school grounds

By virtue of Republic Act No. 10829 or An Act Establishing a National Science High School in the City of Pasay which was signed by former president Benigno Simeon Aquino III, the formal turn—over was attended by DepEd Pasay Officials, Dr. Efren E. Canzana, OIC Principal, Mrs. Irene Tonel, Chief SGOD and the former school principal for 10 years, and Cong. Imelda Calixto-Rubiano, Representative Lone District of Pasay.

The House Measure was filed during Calixto’s first years in the 15thCongress in 2010 and in the 16th congress, which was the House Bill 604.

“I never stopped following up from different agencies concerned to ensure the passage of this measure.”

Calixto also stressed her persistence in convincing the committee, both the senate and the congress to pass the said law.

Upon being asked why the establishment of a National Science High School in Pasay, she said that several benefits come along with this particularly the highly-relevant and world-class training for the students specifically in the fields of Science and Mathematics.

Another important aspect is the funds that the school will receive. “Before, the budget is often insufficient. Now, the budget that will be allocated through the General Appropriations Act every year will go directly to you, “a follow-up from Calixto addressing the school and the administration. Beneficiaries would also include the teachers and the non-teaching personnel.

“Together we can do more. Let us continue to unite in advancing the interest and welfare of our people,” Calixto ended her speech.